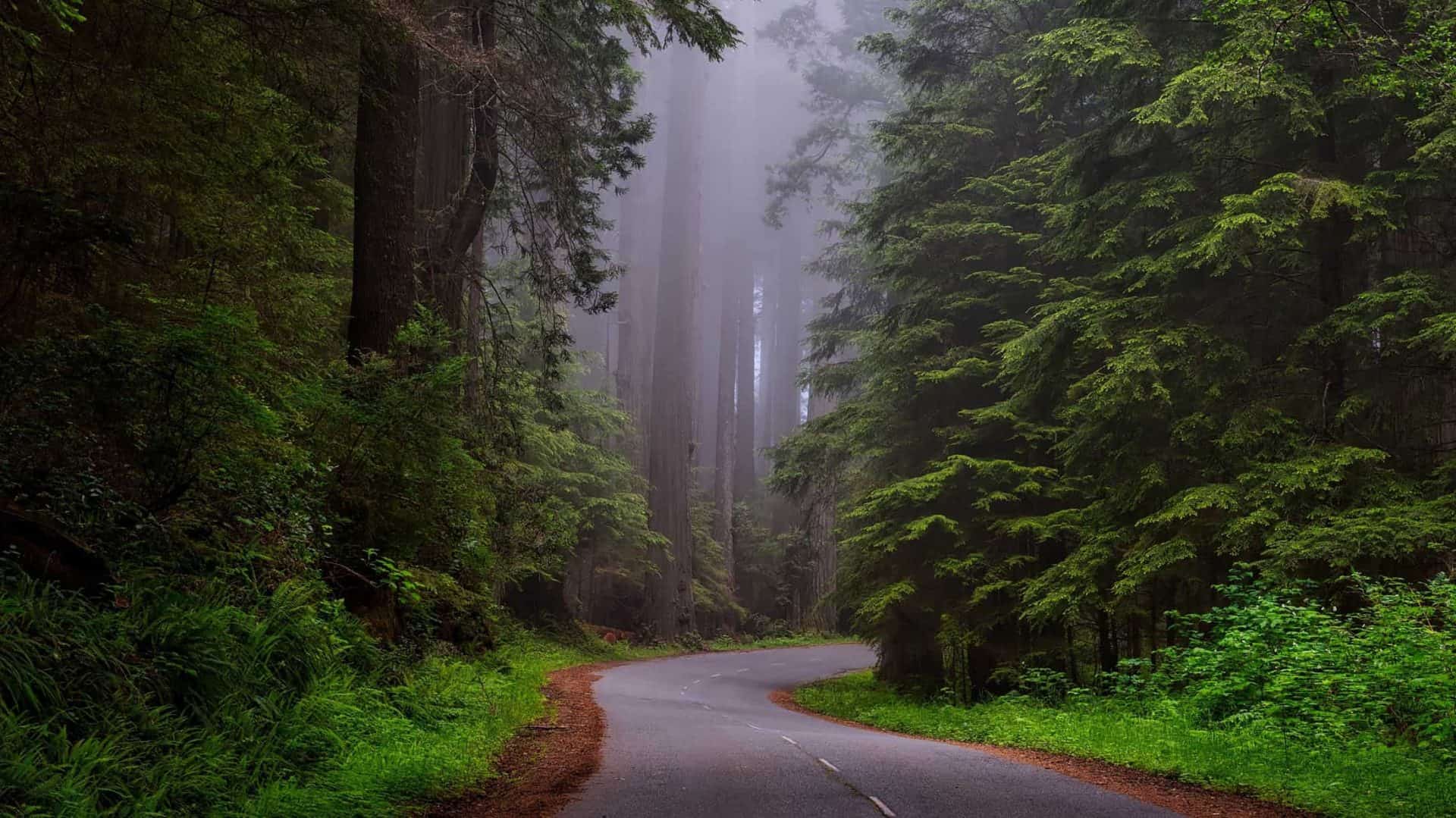 Norway and Sweden are unique, yet also notably alike. They have a common cultural heritage, similar language, scores very high in world happiness index, free and high level of education, comprehensive welfare benefits, small population and they both accommodate a challenging climate. Regardless of a thorny past, the two neighboring countries has maintained a peaceful relationship for decades.

BUT…       Despite having a lot of cohesion and a close relationship there is also an undeniable bitter sweet competition over which country is the greatest, which many calls a brotherly rivalry. –“Daniel Richardsson is a better skier than Petter Northug”. “No, actually Richardson was lucky because Northug had wrong skies”. “Your dialect is so weird”. “Norway has the finest women’s handball team”. “Swedish men’s handball team is the greatest”. “We have ABBA”. “We have A-ha”. It can go on like this in many areas of profession.

While both nations have correspondingly achieved great accomplishments, Sweden has reached a far greater reduction in their greenhouse gas emissions (GHG) and emits about half the emissions per capita compared to Norway.

Kyoto Protocol set emission reduction targets against the emission levels in 1990. According to 2017 data, Sweden reduced its national GHG emissions by 26 % (18,6 million tonnes CO2equivalents) compared to the level in 1990, whereas Norway shows a flat development with an increase by 3 % (1,5 million tonnes CO2equivalents). Norway’s strong economic growth due to oil and gas exploration has been effective in the Norwegian trend. Political instruments have also been decisive for both.

Both Sweden and Norway are two of the first countries to introduce CO2 tax for burning fossil fuels; implemented first in 1991.

In Sweden, incineration of biofuels and biowaste are exempt from this tax. This boosted the use of biomass for providing warmth for buildings. This together with Sweden’s policy to expand the infrastructure for district heating effectively replaced individual oil heating with district heating. As a result, emissions were cut by 90 % from this source; corresponding to 8,3 million tonnes CO2equivalents. Sweden has a significantly bigger district heating system compared Norway.

In Norway, electricity is the primary source for heating. Here, emissions were 2,7 million tonnes CO2equivalents in 1991. Norway also reduced emissions (by 58 %) and further reductions is expected as the country introduced a ban on the use of oil for heating buildings, which will be effective from 2020.

Sweden had and has potential for improvements in their power production system, whereas the Norwegian system has historically been solely based on hydropower and therefore counted as renewable. Swedish power system was based on fossil fuels and shift to renewable and nuclear power (started early 1980s) has reduced countries CO2impact.

Norway has benefitted a strong economic growth since the country started the exploration and production of oil and gas. Oil and gas production and transportation are power demanding operations. Norwegian oil and gas fields are offshore which adds extra challenges in providing the necessary power from the existing grid and most of the fields produce power locally on platforms from the produced natural gas which in turn results in CO2emissions.  CO2emissions are the main GHG emissions. Methane emissions do also occur, mainly due to leaks and vents but in a smaller scale. Besides, Norway accommodates onshore oil and gas processing facilities which also produce power locally from fossil fuels. Increased oil and gas activities has added an extra 6,8 million tonnes of CO2equivalents emissions in Norway since 1990, corresponding to an increase of 78 % in this sector and is one of the major emission sources in the country. Norway exports the produced oil and gas, where these products are combusted to drive vehicles, produce power etc., and as a result produce further and even more CO2emissions. In today’s emission calculation methods, Norway is not held accountable for these emissions. Again, in a global perspective Sweden produce and sell power produced from fossil fuels outside Sweden. Sweden is similarly not held accountable for these emissions. However, the revenue and emissions from Norwegian oil and gas is conceivably more.

Road traffic (light and heavy vehicles) is a major contributor. Sweden has achieved reductions from all transport; a total of 16 % despite increased traffic, whereas Norwegian emissions increased by 22 %. Sweden has reached this reduction mainly by blending biofuel into regular fuel. Norway follows a similar policy but has not got the same progress. Yet Norway is a strong advocate of electric cars and holds the record for having the highest share of such vehicles in traffic. Both countries introduced higher efficiency vehicles as a part of their mitigation plan.

In Norway, the use of light-duty and heavy-duty vehicles for commercial transportation of gods has increased also as a result of increased demand. This is the primary reason for the emission trend from transportation. Alternate ways of transporting gods such as train or sea transport has lower CO2impact. However, we do not see a similar development in these transportation systems. Increasing their share would successively alter the emissions development.

Norway had good progress in reducing the strong GHG emission PFCs from aluminum production by implementing improved processing methods, by addressing the so called “anode effect”. Emissions has reduced by 6,4 million tonnes CO2equivalents from the overall metal production industry. In general, a 39 % reduction is achieved from industry. Sweden achieved a 17 % reduction; however, the industrial umbrella is unique for each country which makes it difficult to compare.

Political measures such as landfill ban and landfill taxes has also contributed to the total reduction in Sweden, which lead to increased methane and material recovery and biowaste combustion. Emissions (mainly methane) reduced by 2,6 million tonnes CO2-equivalents, which corresponds to a 76 % reduction. Norway also employ a landfill ban and disposal tax which in turn reduced disposal in landfills and enhanced biowaste combustion. Some of the methane gas is recovered but about half of it is flared. Norway has reached a lower overall reduction in emissions from waste handling about 17 %, without a doubt indicating more emission reduction potential in this area.

As mentioned in the beginning of this article, compared to Sweden, Norway has about double as high CO2emissions per capita, as well as GHG emissions per capita. In 2016 Norway emitted 8,4 tonnes CO2/capita, whereas Sweden emitted 4,3 tonnes CO2/capita.  This figures indicates that Norway has not been able to decouple greenhouse emissions and energy use from the strong economic growth the country had. The lack of progress has also often been compensated with emission quotas bought abroad.

However, emission figures cannot only be explained with the increased oil and gas activities. Even if we exclude emissions from this sector Norway still has about 40 % higher GHG emissions per capita than Sweden. Sweden is trying to control national emissions with effective political instruments such as CO2 tax. Even tough Norway is an early introducer of this instrument, it is significantly lower compared to Sweden. CO2 tax in Norway is 500 NOK per tonnes CO2 emissions, whereas 1150 SEK per tonnes CO2in Sweden.

Sweden’s long investment in biofuel also created new jobs as new Swedish companies with such interest has been established. Embracing innovations in renewable sector is also crucial from an economic perspective.

Finally, it is also important to add that compared to developing countries all Nordic countries has significantly higher CO2 emissions per capita. Moreover, in national inventories emissions related to import of goods (such as imports from China) is not included. Including these emissions worsens the national emission picture immensely.

In conclusion there is no doubt that Norway can still do better. Do Norwegians really want to be beat by the Swedes?

Want to learn how we help Norwegian companies get overview of their emissions check out this link. 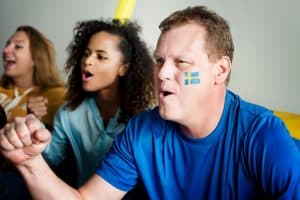